At the end of 2020, Korrin Valravn organized a scribal trading card exchange, with the cards being sent out in January 2021. I decided to submit a capital “D” from the Book of Kells, folio 85v. 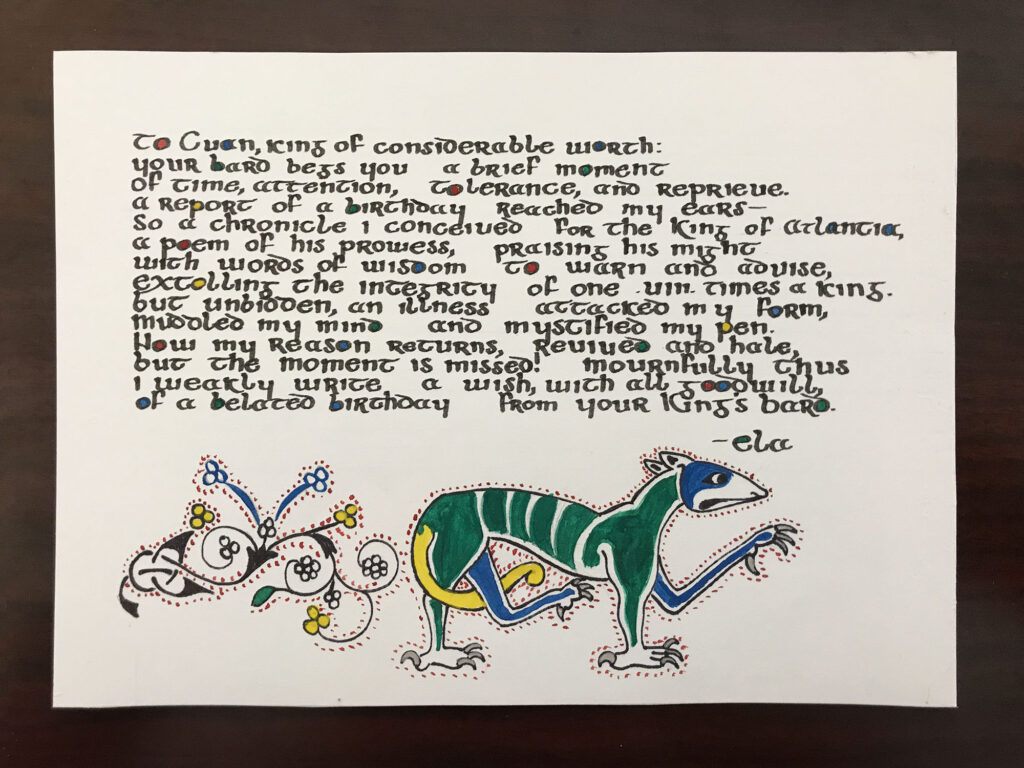