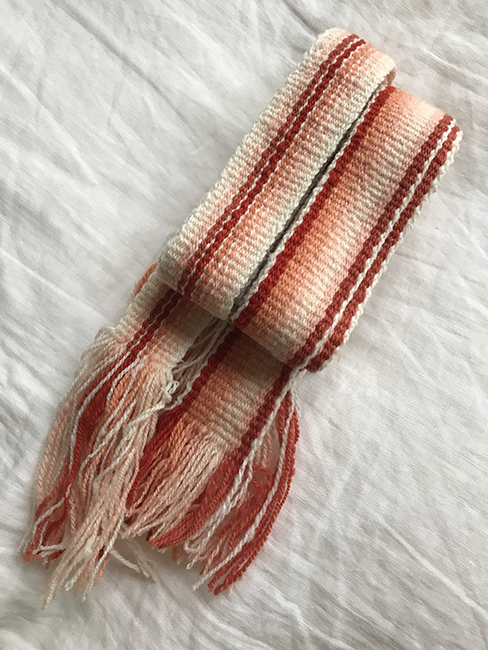 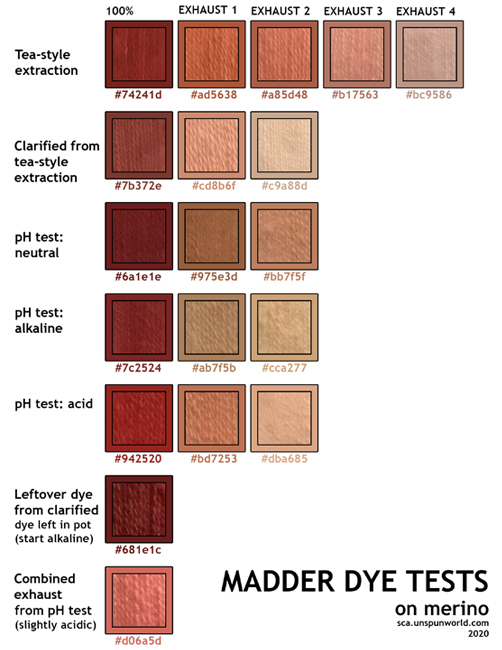 Several years ago, my friend Liz passed a washed merino fleece off to me. During summer 2020, I decided to finish processing it and spin it. The staple was quite short, so I decided to card it into rolags. Carding was a little difficult, because I didn’t have the right density of teeth in my cards, but by the end my rolags were looking pretty nice. I spun the rolags using a short forward draw, because it gave me a lot of control over the really short fibers.

Once the yarn was finished, I decided it was the perfect amount to split into smaller skeins for my madder dyeing adventure (coming soon!).